That's Not Suppose to Happen!

One of the advantages to living in a small town is you almost always run into someone you know wherever you go. Since most of us have to eat and pay bills, I run into folks I haven't seen in a minute the most in the grocery store and post office.

But last week in the gym, I ran into a woman that I use to train with at my first dojo. After we hugged and caught up a bit on what was happening with family and life, Ms. H. mentioned that she stopped training a while ago due to her work schedule. But now that she is retired and leaning toward coming back to the dojo, she's not sure she wants to train where we both use to. 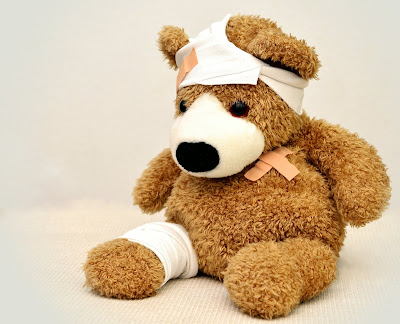 She started training because she was experiencing some violence at home. Her hubby, she said, occasionally got physical with her and she wanted to be able to defend herself. She stepped into the dojo looking for some tools and strategies she could use to help her avoid the fray and de-escalate when necessary.

Then she told me about her very first day in class.

The second-highest ranking student in the dojo was a woman who was a fourth-kyu. When I first stepped onto the mat, she out-ranked me and would often turn up the aggression dial when we sparred. I remember my then-sensei telling us all that class/tournament sparring was really a game of tag. The point, he said, was to get in and get out as quickly and efficiently as possible with light touches being par for the course. I noticed the fourth-kyu wasn't doing that, but was never reminded that she should.

The day she and Ms. H. met in class, Sensei had them doing a partner line-sparing drill that was supposed to be light with minimal contact as they were not wearing gear. But when Ms. H. lined up with her fourth-kyu partner, she was rushed, held and swept to the ground where she hit her head hard and almost passed out.

After class, with a headache and a need to understand what had happened during the drill, Ms. H. asked Sensei if the sparring session was supposed to leave her dazed and holding an ice pack to her skull. He told her she would eventually learn to defend herself better so she could fight back and give as good as she got.

Yes, that was the explanation he left a brand-new student with an injured head with. And I wish I could say I was surprised at what he told her, but I'm not.

Whether or not he knew or understood her reason for stepping onto the mat is irrelevant. No new student should suffer an injury while training with an advanced student unless it was a fluke accident - as in "I turned around to wave to someone at the door and my hand hit a student who was just walking by" or "There was an earthquake and I pushed the student out of way of falling debris which caused her to bump her head." Seriously - there aren't many other circumstances at all that would justify a student who just walked into the dojo leaving hurt. Injuries like that in a learning environment simply should not happen.

Sensei M. use to remind us all the time that injuring the friends/ukes we trained with was not something that he tolerated. "Nobody gets hurt in my dojo, understand?" he'd say at the end of every warmup/before we began whatever we were going to be working on that class. Sure, there were boo-boos, but we all came to realize that although accidents happen, they should always be a class exception and not a rule.

I now tell my students the same. For my younger karateka, I remind them that it's not fun to hurt friends. For my older students, I simply acknowledge that our dojo is a place for all of us to learn, which we do as ukes and as nages. Controlling the mind so the body can follow is priority.

I give Ms. H. a lot of credit for even stepping foot in that dojo again. It took lots of courage to return and risk injury happening a second time. But she did and trained there for a few years more, eventually earning the rank of sixth-kyu before her work schedule shifted and Saturday morning classes were no longer an option.

Of course I invited her to my class. Things at home are better, she said, but she wouldn't mind coming back to the dojo. I'm kind of excited about the idea of seeing her in a few weeks.

And if she does happen by, I'll be sure to do what our first sensei didn't: Let er know that nobody really should get hurt in the dojo.